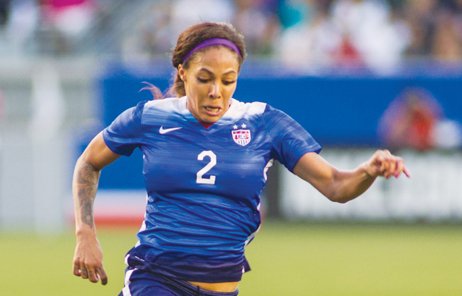 Sydney Leroux, wearing No. 2 for the U.S. team, moves the ball forward during a recent match against Mexico in Carson, Ca. The U.S. team won 5-1