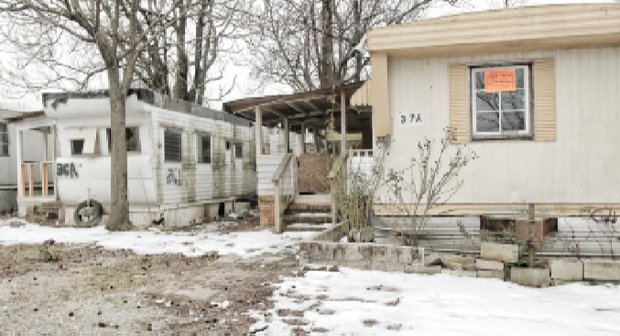 Abandoned trailers at Rudd’s Trailer Park on Jefferson Davis Highway on South Side present an inviting target for vandals.

Is the city on a code enforcement witch hunt to force vulnerable Latino citizens and other poor people to move from their mobile homes, which are for many a residence of last resort? Or are code enforcement officers merely fulfilling their duties by issuing a plethora of violations to residents at selected mobile home parks they deem hazardous to ensure they upgrade their homes for safe habitation? The answer depends on whom you ask. This week, officers from the city’s Bureau of Permits and Inspections began trailer-by-trailer inspections at the 106-unit Mobile Towne Mobile Home Park off Old Midlothian Turnpike. Mobile Towne, like many of the city’s eight other mobile home parks, has a large Latino population.