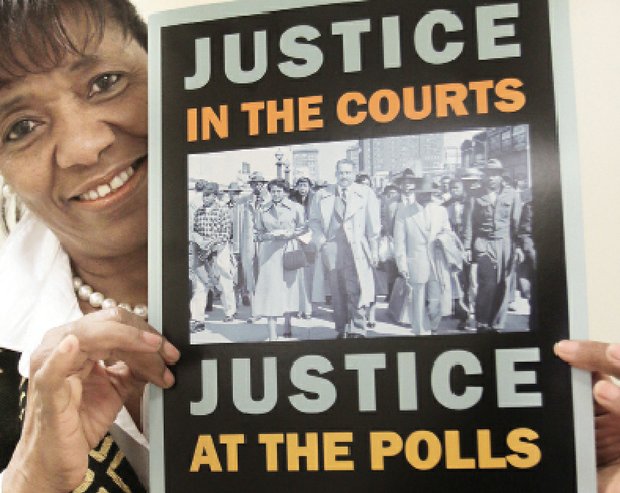 Rita Willis of Henrico County displays the poster she brought back to Richmond after marching across the Edmund Pettus Bridge in Selma, Ala., Sunday to commemorate the 50th anniversary of “Bloody Sunday.”

Rita Willis said she was overcome with emotion when she reached the top of the Edmund Pettus Bridge in Selma, Ala., late Sunday afternoon. “I just broke down and cried,” the 65-year-old Henrico County resident said. Ms. Willis was among the tens of thousands of people from across the nation — including President Obama, his family, dignitaries and foot soldiers from the time — who assembled in Selma last weekend to commemorate the 50th anniversary of the “Bloody