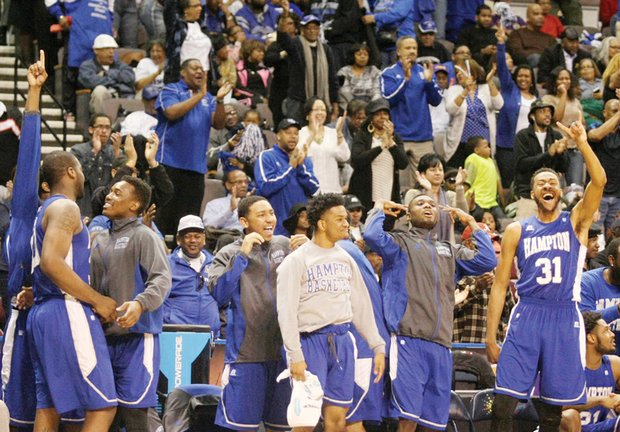 Hampton University’s men’s basketball team, shown above after winning Saturday’s MEAC Tournament in Norfolk, will suit up Thursday night against No. 1 Kentucky in NCAA Tournament play in Louisville.

Hampton takes on No.1 Kentucky in NCAA

Hampton University is in position to make basketball history. After triumphantly clinching the MEAC title and winning its first-round game in the NCAA Tournament, the Pirates will play undefeated and No. 1 overall seed University of Kentucky on Thursday, March 19, in Louisville, Ky. Hampton is the 68th and last seed overall in the NCAA tournament. CBS will televise the game about 9:40 p.m. Thursday, March 19.