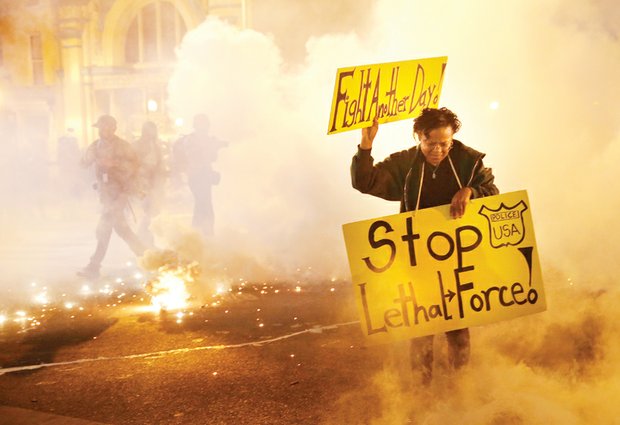 Tear gas clouds surround a woman demonstrating Tuesday night in Baltimore over the death of Freddie Gray, who died of severe injuries suffered while in police custody. Police fired the tear gas as part of efforts to prevent further violence. Rioting Monday night resulted in cars and buildings torched and businesses looted.