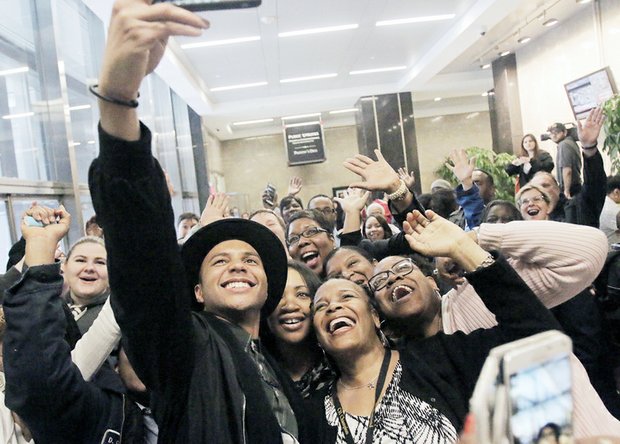 “American Idol” finalist Rayvon Owen of Henrico takes a selfie with jubilant fans at Richmond City Hall before performing before a crowd at the James Center in Downtown last Friday.