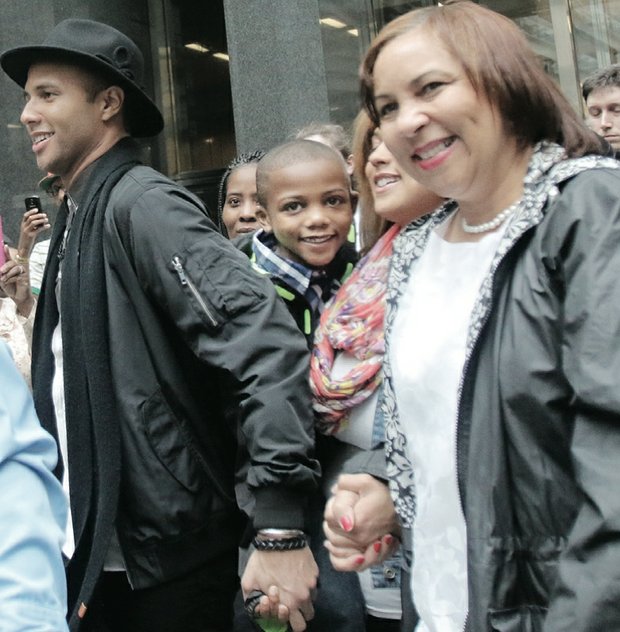 “American Idol” star Rayvon Owen walks through a sea of fans in Downtown with his biggest cheerleader — his mother, Patrice Fitzgerald.