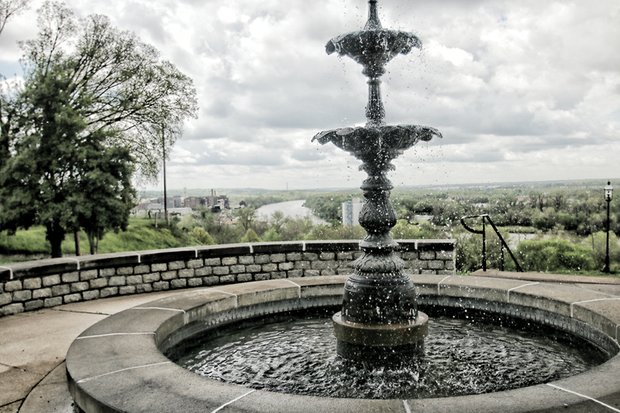 Cityscape
Slices of life and scenes in Richmond
With storm clouds forming, water trickles down from the ornamental fountain in Libby Hill Park into the pool below. Location: 28th and Franklin streets in Church Hill. Libby Hill is one of three original parks in Richmond’s park system. It originally was called Marshall Square. The city was named in the early 1700s by William Byrd II after the English town of Richmond near London. The reason: The view of the James River from Libby Hill was strikingly similar to the view of the River Thames from Richmond Hill in England, where Mr. Byrd spent part of his youth.