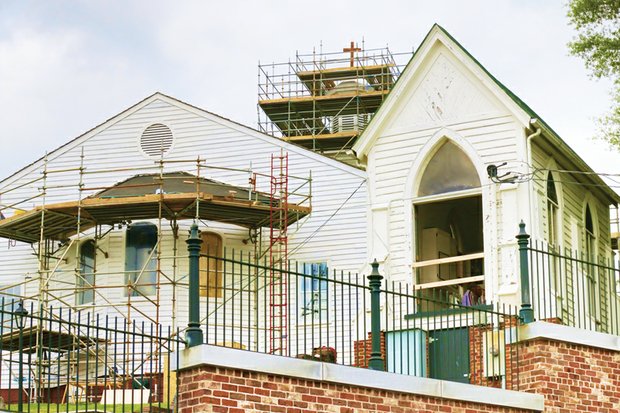 Scaffolding covers much of St. John’s Episcopal Church at 2401 E. Broad St. in Church Hill.
The reason: The national historic landmark is undergoing a $426,000 renovation. All monies were privately raised for the extensive project that began in April and is expected to be complete by August, said Sarah Whiting, executive director of the St. John’s Church Foundation.
Among the renovations: Repainting the church and replacing the roofs on the church, the parish hall and the boiler house.
Ms. Whiting said the church would remain open for tours, church services and public re-enactments during the renovations.
The church, which traces its roots to 1611, was built on its current site in 1741. It has been home to many historic occasions, including Patrick Henry’s famous “Give me liberty or give me death” speech delivered in March 1775.