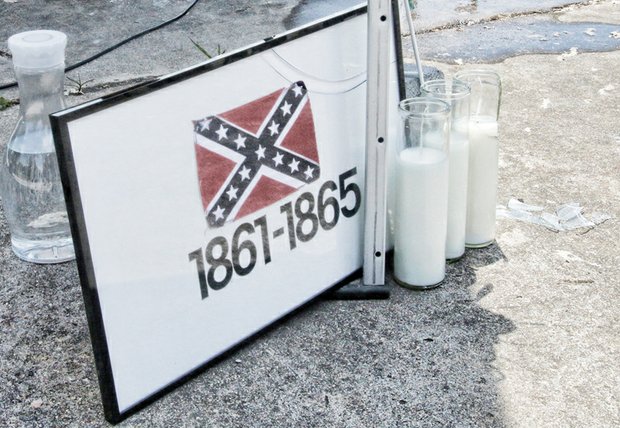 Burying the past
A small group of mostly young people took shovel to dirt and buried a Confederate flag near the James River on Memorial Day in a symbolic funeral for the symbol of racial hatred.
The ceremony was themed “A Belated Burial: Capital of the Confederacy.” It was part of a conceptual art project called “The Confederate Flag: 13 Flag Funerals,” that was streamed online in which participants buried or burned Confederate flags in 13 Southern states