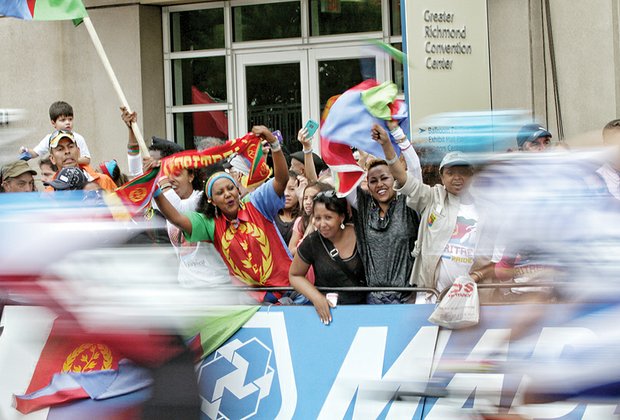 Fans from the African nation of Eritrea wave their country’s flag as cyclists speed past them on Sunday during the Men’s Elite Road Race.