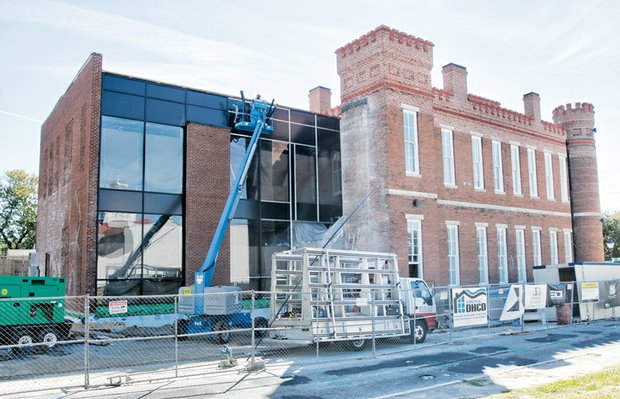 The historic Leigh Street Armory now sports a new addition as it moves closer to its opening next year as the new home of the Black History Museum and Cultural Center of Virginia. Part of the armory’s $8.5 million overhaul, the new addition is to feature offices and expanded space for exhibits and community events. Dating to 1895, the unique castle-shaped building originally was the headquarters for African- American militia units and served as a recreation center for soldiers during World War II. Location: Leigh and St. Peter streets in Jackson Ward.