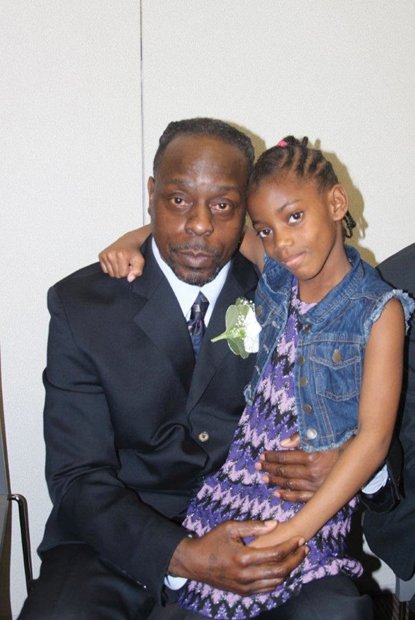 Daddy's Home// Former Richmond Justice Center inmate Aziz Scott gained celebrity status this week when he was featured on two national television shows. He is pictured above with his 8-year-old daughter, De’Andra, at the 8th Annual Date with Dad Dinner and Dance at the city jail in March. He and his daughter were shown at the dance, organized by Richmond-based CAMP DIVA, on CNN’s “This Is Life With Lisa Ling” Wednesday and on the “Steve Harvey” talk show Tuesday. The shows described Mr. Scott’s participation in the jail’s REAL program, which stands for Recovering from Everyday Addictive Lifestyles. Mr. Scott, 53, credits his participation in the program for helping him turn his life around. He was released from jail in August after serving 17 months for selling drugs. Assisting in efforts to help Mr. Scott succeed, Mr. Harvey presented him with a $5,000 check to relocate his family to a safer neighborhood.