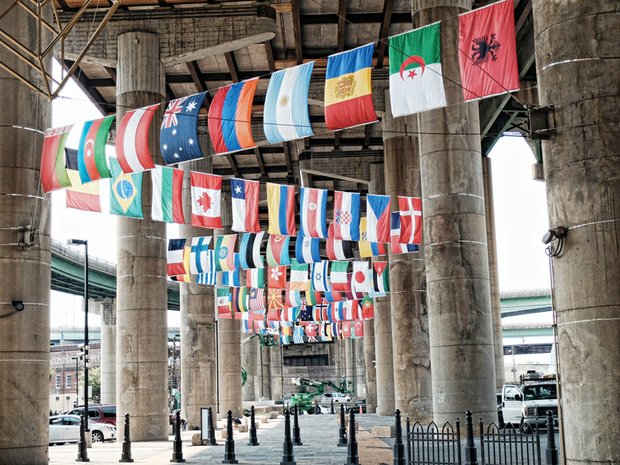 The flags of 83 countries — from Algeria to Venezuela — are on display in Shockoe Bottom in honor of the international cyclists coming to race on the streets of Richmond and nearby localities later this month. Location: Near 15th and East Main streets in the parking lot across from Main Street Station. The flags represent the many nations likely to send riders. The flags are lashed to concrete pillars that support the Interstate 95 overpass. They will serve as a backdrop for race-related events at the train station, the city said. The start-finish line for many of the cycling contests will be on Broad Street at the Greater Richmond Convention Center, which also will provide a major gathering area for fans. The city said world flags also will be on display on Broad Street during the opening ceremony Sept. 18. The UCI Road World Championships are set to run Sept. 19 through 27. Richmond is the first U.S. city to host the races in 29 years.