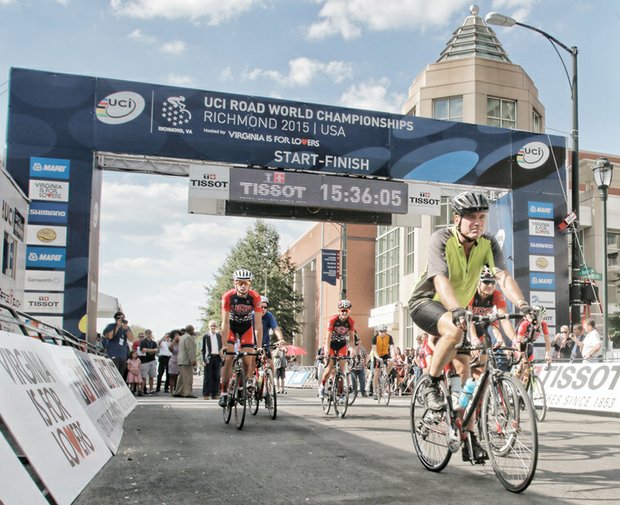 Richmond native and American Idol finalist Rayvon Owen and the Richmond Symphony wowed more than 12,000 people Friday night on Brown’s Island as they opened the UCI Road World Championships with a dazzling show ushering in a resplendent riverside sunset. The Richmond Cycling Corps, a group of East End youngsters ages 12 to 17, then led a colorful procession of the 16 cyclists from Team USA, followed by 74 youngsters carrying the flags of the nations participating in this international bicycling race.