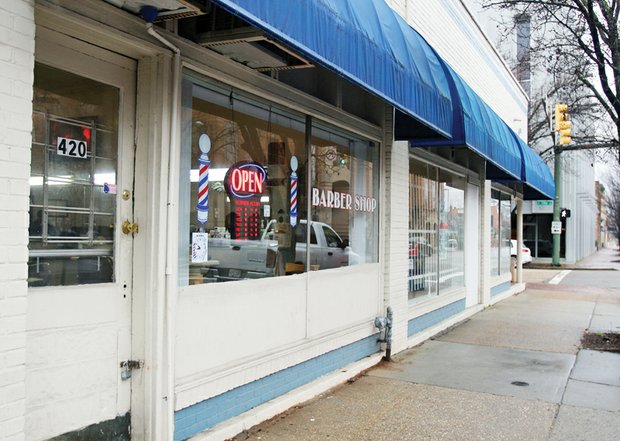 Mr. Lomax’s longtime barbershop at 420 N. 2nd Street that he is leaving behind.