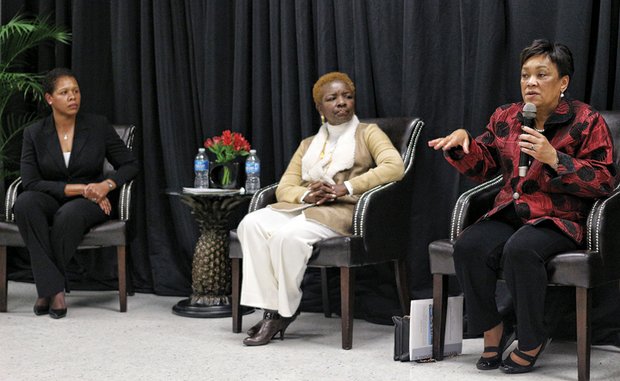 It had all the appearances of an event designed to promote her candidacy for the Richmond mayor’s job. But Richmond City Council President Michelle Mosby denied that to be the case this week during the Mayoral Symposium that featured three current and former female African-American mayors from across the nation.