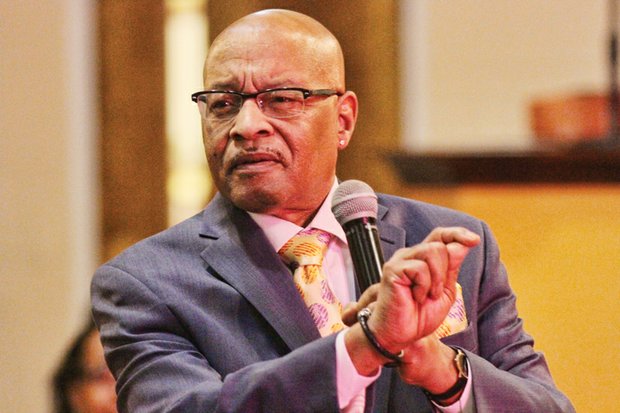 The Rev. Leonidas B. Young II speaks to his congregation at New Kingdom Christian Ministries on North Side in December 2014.

The Rev. Leonidas B. Young II rose from the pulpit of historic Fourth Baptist Church in the East End to the pinnacle of Richmond political power, serving as the city’s mayor from 1994 to 1996. Elected to Richmond City Council representing the East End’s 7th District from 1992 to 1999, he was considered a rising political star by many at the time.