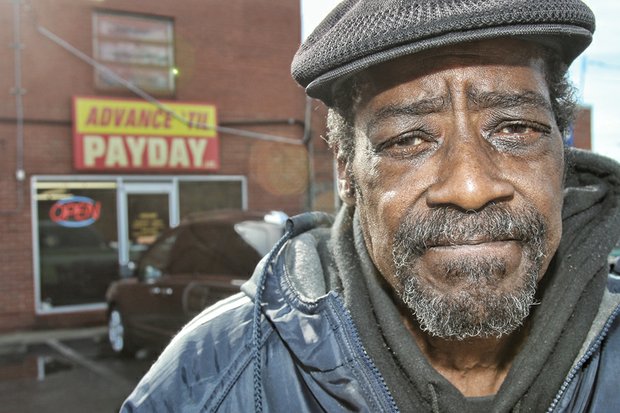 Donald Garrett stands outside the Advance ‘Til Payday loan agency, 4311 Nine Mile Road, where he borrowed $100. The loan ended up costing him $320 in fees he could not afford on his fixed income.

Running short of money to pay bills, Donald Garrett did what many people do — he turned to a payday lender. He borrowed $100 from a small loan company called Advance ‘Til Payday on Nine Mile Road near his Henrico County apartment in order to catch up. Four months later, he had wracked up $320 in fees and still was unable to pay off the original $100. Until a friend stepped in and paid off his debt, he faced paying $80 each month. To pay the loan off, $100 had to be added to the $80 payment.