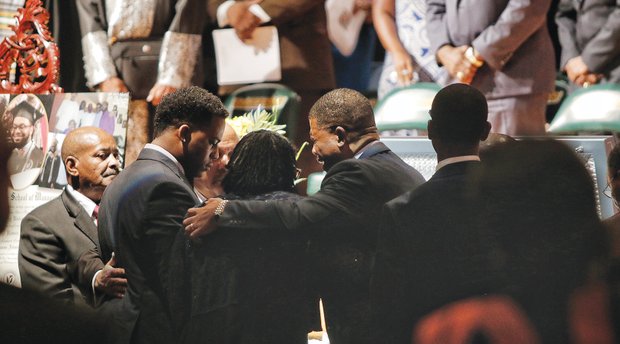 Friends remember Darryl “DJ” Burt II at his funeral Saturday. From left, they are Fred Johnson, Antwine Jenkins, Javád Whigfall and Alex Barr. The four men were at the nightclub when he was killed in the June 12 massacre at Pulse in Orlando, Fla.