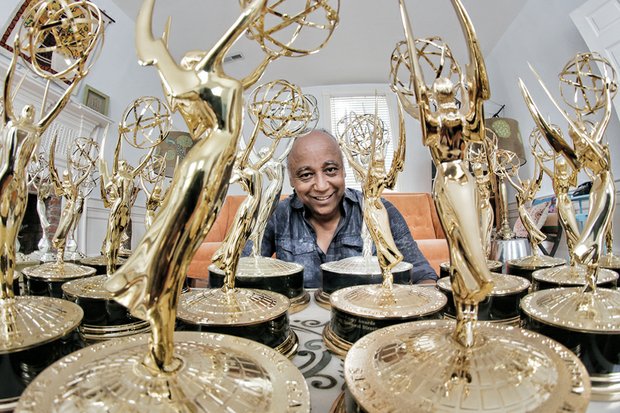 Jesse Vaughan displays the extensive collection of Emmys he has won through the years for various projects. His latest, won last Saturday, is for a documentary film on food deserts for Virginia State University, where he is director of the Advance Creative Services Group.

Jesse Vaughan, the award-winning television and film director and producer, has done it again — this time nabbing a regional Emmy Award for his look at food deserts.