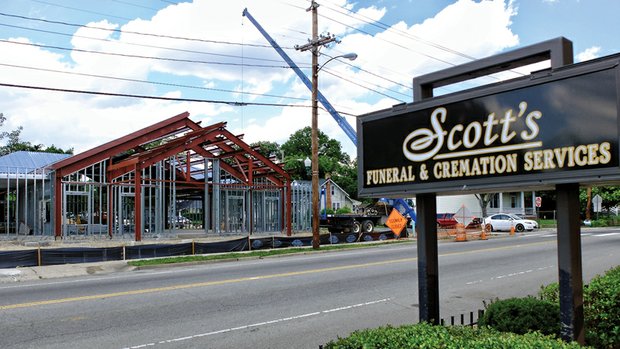 New funeral chapel in North Side //
The new chapel for Scott’s Funeral & Cremation Services is taking shape in the 100 block of East Brookland Park Boulevard. To be completed later this year, the chapel is expected to seat at least 350 people for funerals and memorial services. It will provide more room than the current space across the street, according to Richard A. Lambert Sr., owner of the 106-year-old funeral home. Construction has taken longer than expected because of initial problems installing the foundation.