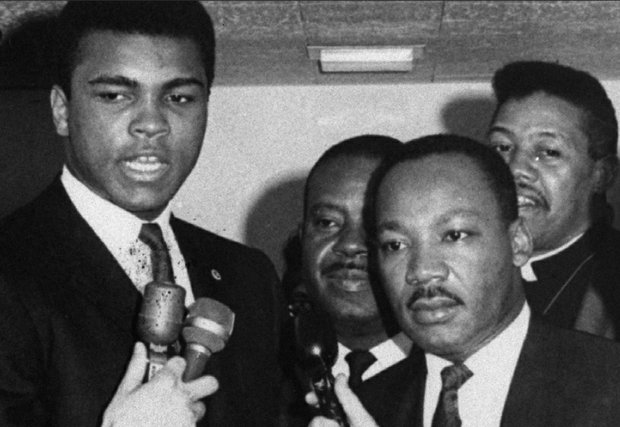 Mr. Ali and Dr. Martin Luther King Jr. speak out against the military draft in March 1967 in Louisville, Ky.