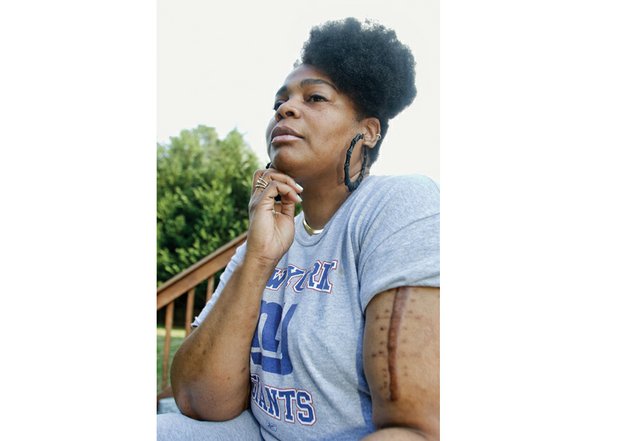 S.F. Braxton bears the scar of the vicious knife attack that changed her life. She has not been able to return to work since she was stabbed April 14, 2015.
 

GRTC bus drivers have been assaulted by angry and upset passengers at least 16 times during the past five years. They have reported being spit on, punched and hit with water bottles and book bags, according to GRTC records. One driver last year even had a knife briefly held to his throat.