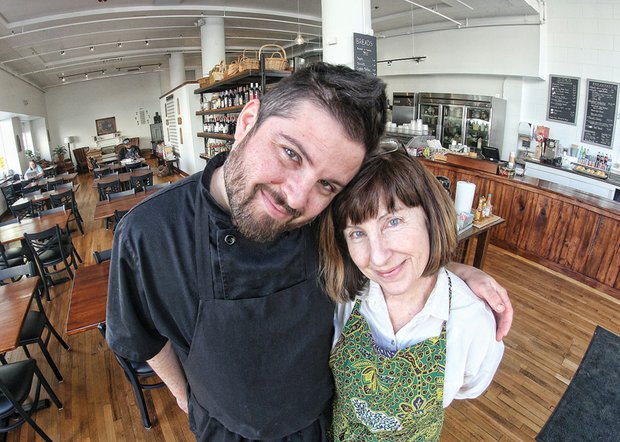 Patti B. Wright shares a moment with her son, Joshua M. “Josh” Wright, at the restaurant he owns and operates at 415 E. Grace St. She moved back to the city after nearly three decades in Chesterfield County, joining the wave of people who are boosting the city’s population. As result of population growth in recent years, Richmond once again is on the list of the nation’s 100 largest cities.

After growing up in Richmond, Patti B. Wright joined the wave of people leaving the city for the suburbs when her son, Joshua M. “Josh” Wright, was a toddler. But now that her son is grown, she felt “it no longer made sense to live out in the country at the end of a dirt road.”