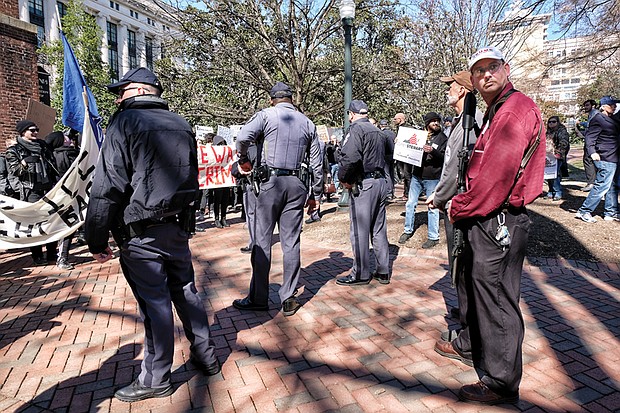 Who are the Capitol Police protecting? //

The noise was deafening last Saturday when an immigrant rights group held a rally in Capitol Square at the same time Republican gubernatorial candidate Corey Stewart held an “End Sanctuary Cities” rally espousing an opposite viewpoint. At least two of the Stewart supporters, one at right, openly carried military-style weapons and guns and stood just yards away from the ICE Out of RVA protesters. Capitol Police formed a line between the two groups, as shown here. But their backs were to the men carrying the weapons. Please see more photos, A5.