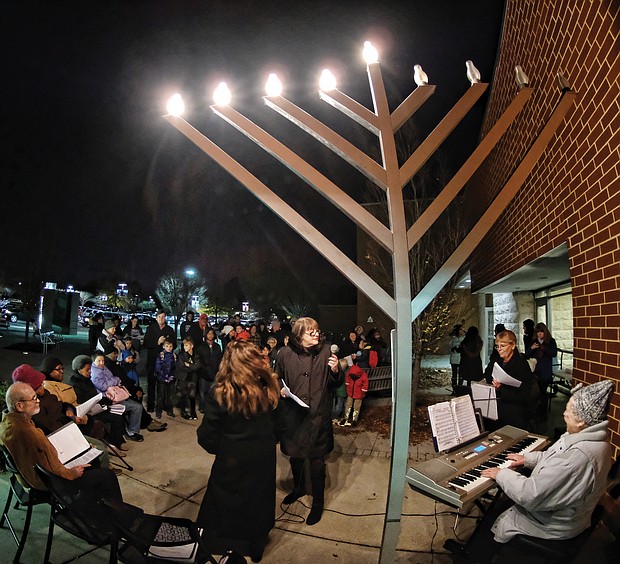 Celebrating Hanukkah: Dozens of people gather at the Weinstein Jewish Community Center in Richmond on Wednesday for the lighting of the menorah for Hanukkah. The eight-day Jewish festival of lights, which began Sunday night, commemorates the re-dedication of the Temple in Jerusalem by the Maccabees after their victory over Antiochus, who outlawed Judaism in 167 B.C. To celebrate their victory, the Jewish people tried to carry out a ritual lighting of a menorah in the temple, but found only enough oil to light it for one day. However, the oil miraculously lasted for eight days. Traditional foods and gifts are part of the religious holiday that ends Monday, Dec. 10. (Sandra Sellars/Richmond Free Press)