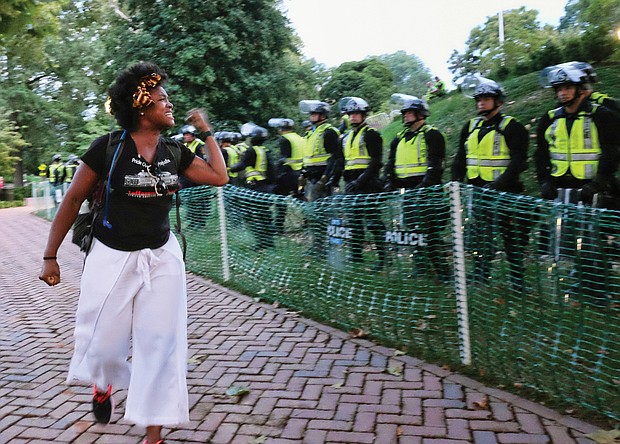 A University of Virginia student expresses her disgust at State Police who blocked off part of the Charlottesville campus in August in anticipation of protesters on the first anniversary of the 2017 white supremacist rally in the city in which one woman was killed and dozens of others were injured when a neo-Confederate drove his car into a crowd of counterprotesters.

During the last 12 months, the Free Press has documented life and events in the Richmond area.