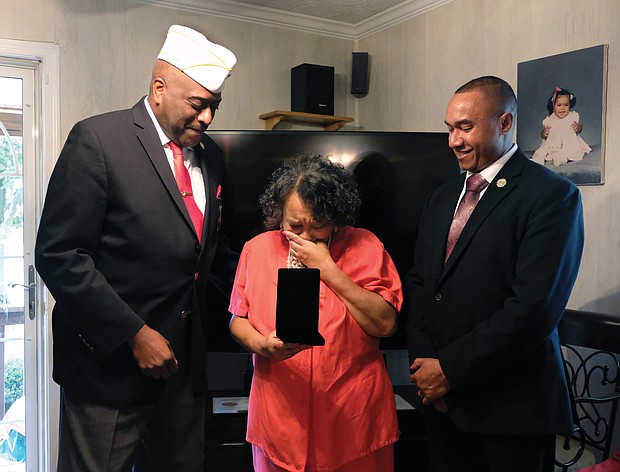 Towanda C. Lee of Mechanicsville cries as she and her brother, Damon R. Charity, right, receive the Congressional Gold Medal for their father, the late Sgt. Herman Russell Charity Sr., who was one of the nation’s Montford Point Marines. Retired Master Sgt. Forest E. Spencer Jr., left, presented the award.

Towanda C. Lee’s father left many stories untold. He was a man of few words, she said. And when she was a child, she simply ignored his old war tales. It wasn’t until after he died in January 1991 that Ms. Lee discovered documents stowed in the basement that shed light on his hidden history.