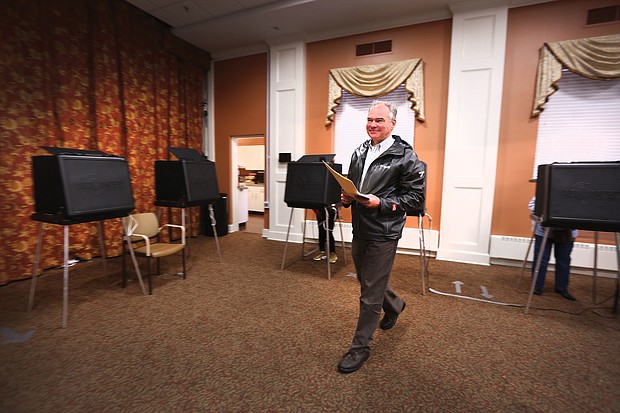 After marking his ballot, U.S. Sen. Tim Kaine of Richmond heads to the machine to cast his vote at Precinct 203 inside The Hermitage Richmond continuing care retirement community on Westwood Avenue in North Side. He and has wife, Anne Holton, have voted at the precinct for the last 28 years. The Democrat easily won re-election over GOP challenger Corey Stewart.