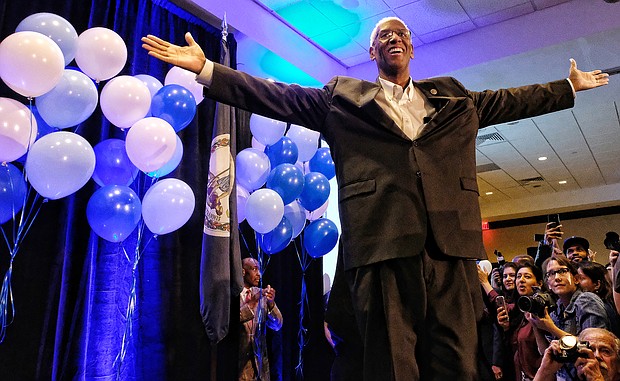 Congressman A. Donald McEachin, a Henrico Democrat, celebrates his re-election to the 4th District seat in the U.S. House of Representatives at a joint victory party with Ms. Spanberger Tuesday night at a Henrico County hotel. He defeated Republican challenger Ryan A. McAdams and Libertarian candidate Peter Wells.

Our foremost wishes for 2019

With the start of 2019, the Richmond Free Press invited select state and city officials and leaders to share their foremost wishes for the new year. Here are their responses: