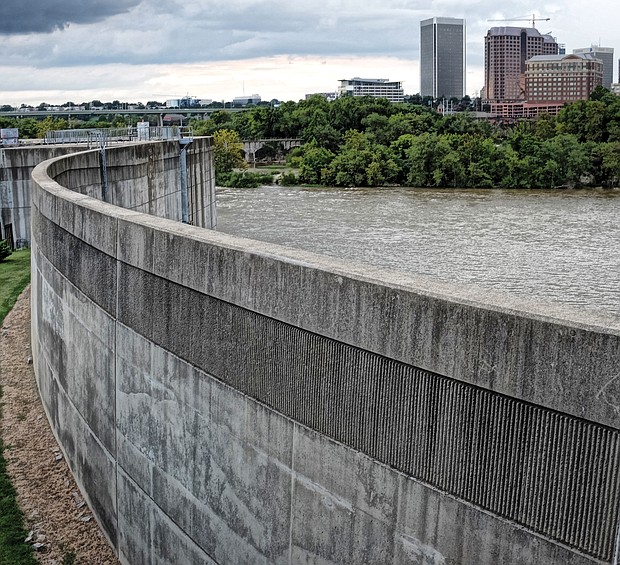 Richmond’s 24-year-old floodwall seeks to guard low-lying areas of the city when the James River is at flood stage. This is a view of the 2,000-foot wall on South Side looking north toward Downtown. But as Richmond has learned, the floodwall can create flooding behind it when heavy rainfall dousing the city is unable to escape into the river, which happened during Tropical Storm Gaston in 2004. To reduce that problem, the city in June tested the floodwall gates to ensure that they can be opened to let water out. (Sandra Sellars/Richmond Free Press)