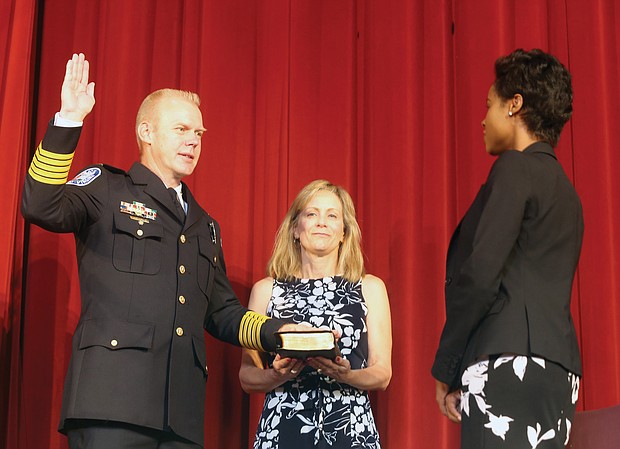 Richmond Police Chief Will Smith is sworn in as the city’s top cop during a ceremony Wednesday held at Virginia Union University’s Coburn Hall. The chief’s wife, Virginia “Ginnie” Smith, holds the Bible while City Clerk Candice Reid administers the oath. Chief Smith is the city’s 19th police chief. He
was joined at the ceremony by his two daughters, Mayor Levar M. Stoney, members of City Council and dozens of current and retired law enforcement officers from Richmond and around the state. (Regina H. Boone/Richmond Free Press)