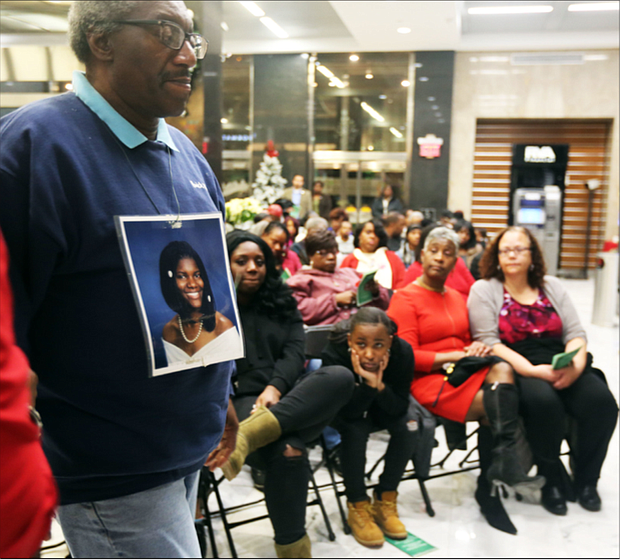 John Burnley of Richmond, below, wears a photo of his late daughter, Juanita Burnley, during the Coalition Against Violence’s 29th Annual Holiday Memorial Service to remember those who lost their lives to violence in the city. Relatives, friends and supporters mourning lost loved ones who were victims of violence at- tended the Dec. 12 ceremony held in the lobby of Richmond City Hall. Participants wrote the names of their loved ones on red ribbons that
were placed around the statue, “River of Tears,” that stands situated in City Hall. Mr. Burnley’s daughter was murdered by her boyfriend in No- vember 2007, and he has annually attended the memorial started by Linda Jordan to help family members with their grief and loss through the holidays.