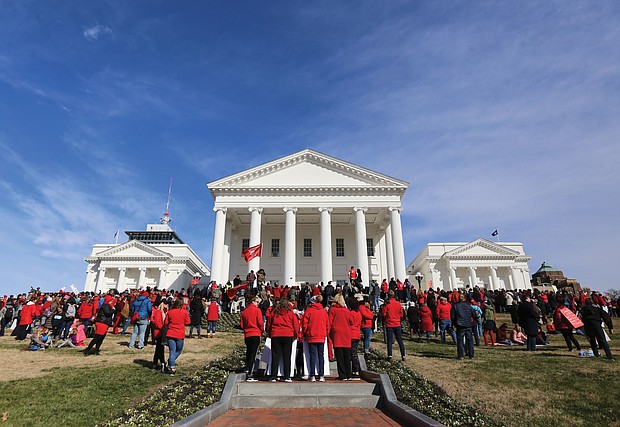 Thousands of teachers, parents, students, administrators, elected officials and education supporters gather Monday at the State Capitol after a march from Monroe Park to demand more money for public education in Virginia. The event was part of Virginia Educators United’s #RedforEd campaign.