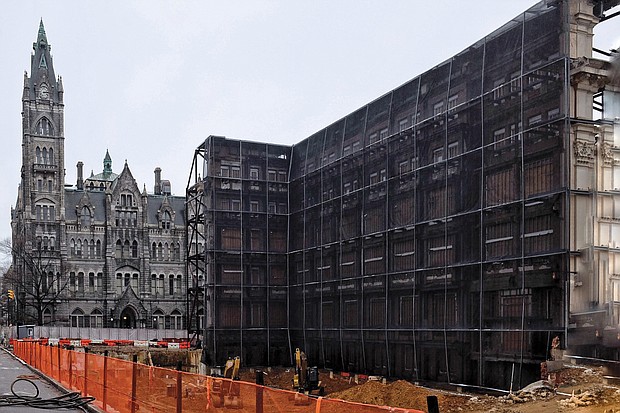 Work is underway at 9th and Broad streets on a new 15-story office building for members of the General Assembly. The previous General Assembly Building, as it was called, was torn down last year, with only the historic 1912 façade saved for incorporation into the new building. The façade is being held in place with metal scaffolding. The new building is expected to be completed in 2021. About $300 million is being invested in the new construction and in the renovation of Old City Hall, seen in the background. For now, General Assembly members have offices in temporary quarters in the Pocahontas Building on Main Street. (Sandra Sellars/Richmond Free Press)