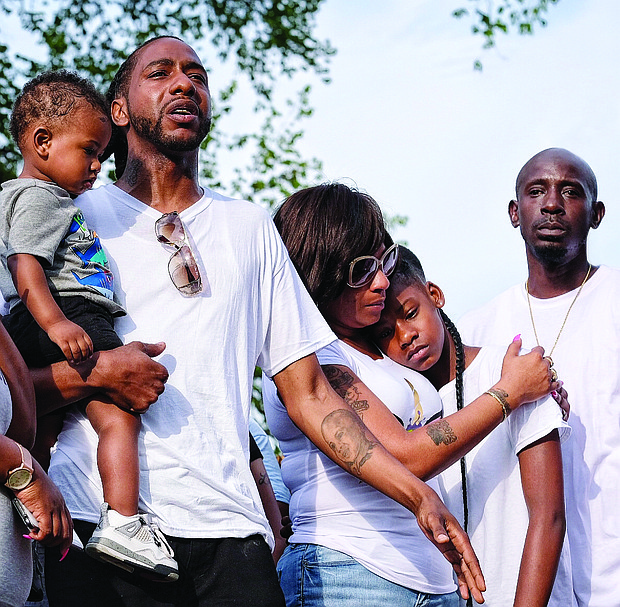 The family of 9-year-old Markiya Dickson grieves during a vigil June 6 at Carter Jones Park, where the youngster was shot and killed. They are, from left, her dad, Mark Whitfield Sr., who is holding young Mark Jr.; mother Ciara Dickson; sister Samaya Dickson; and uncle Dion Tuell. (Sandra Sellars/Richmond Free Press)

More than 1,000 people from across Metro Richmond came out to honor the life of 9-year-old Markiya Dickson, the Chesterfield County third-grader who was shot and killed at Carter Jones Park in South Side during the Memorial Day Weekend.