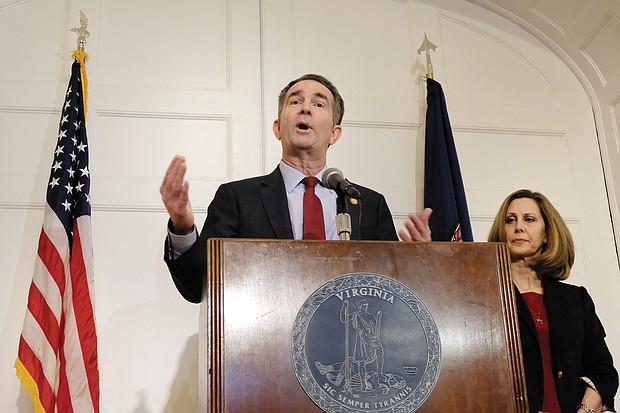 After apologizing a day earlier, the governor backpedals during a Feb. 2 news conference at the Executive Mansion, saying that he is neither person in the racist photo on his yearbook page. However, he admitted during the news conference that he wore blackface to portray superstar Michael Jackson during a 1984 dance contest. First Lady Pam Northam listened in the background.

Was Gov. Ralph S. Northam actually one of the people in the racist photo on his Eastern Virginia Medical School yearbook page in 1984? It’s “inconclusive.”