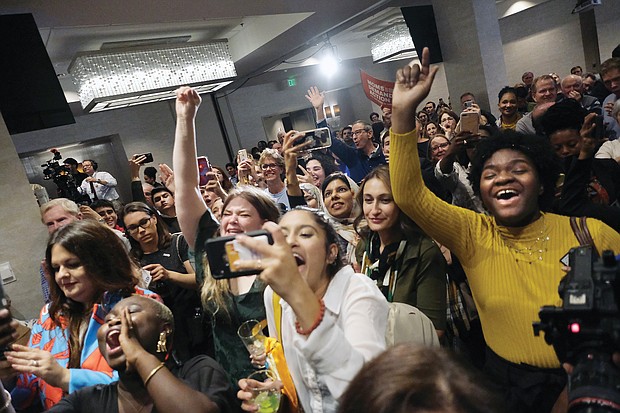 Hundreds of people break into jubilant cheers Tuesday night with the announcement that Democrats will control the General Assembly in January. The celebrants were at the Democratic Party’s victory event held at a Downtown hotel.