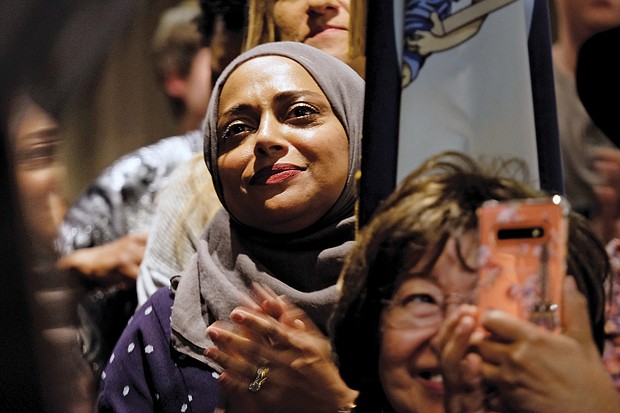 Supporters celebrate the victory speeches given by Democratic candidates at the political party’s gathering Tuesday night at a Downtown hotel.