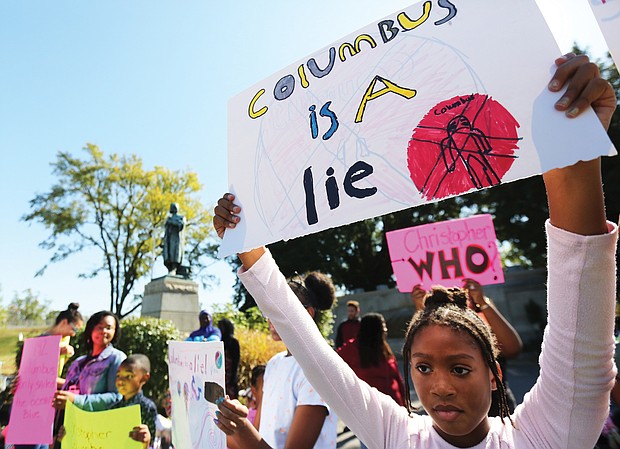 Kennedy Wright, 9, holds a sign protesting Columbus Day during a rally at the Columbus statue in Byrd Park on Monday. The protest, led by members of the Cultural Roots Homeschool Co-op, also urged removal of the statue that is situated at the south end of Arthur Ashe Boulevard. The protest was on Monday, Oct. 14, which had been designated by Richmond Mayor Levar M. Stoney as Indigenous Peoples’ Day to honor the contributions native people who were displaced and destroyed as a result of European invasion by people such as Christopher Columbus. The home school cooperative has a curriculum that emphasizes the black diaspora including Caribbean, Central and South/ North America’s indigenous peoples.(Regina H. Boone/Richmond Free Press)