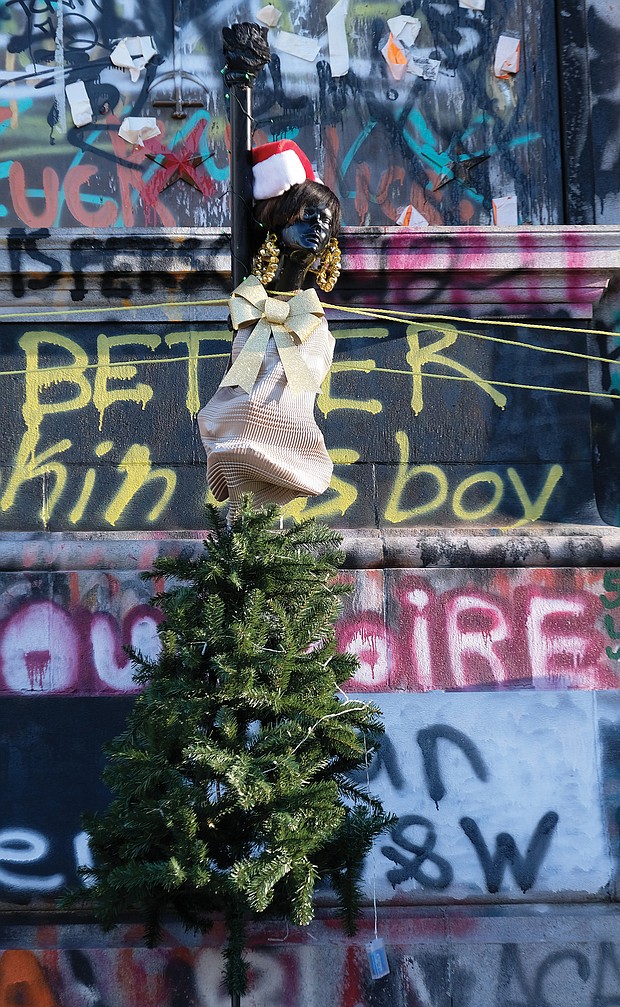 Call it protest art Christmas-style. This new artwork now stands at the base the Robert E. Lee statue on Monument Avenue. The Black figure tops a fir tree, a traditional Christmas symbol, and adds a holiday dimension to the protest slogans and colorful artwork that have transformed the pedestal that holds the Confederate statue that the state is still battling in court to take down. The pedestal, which gained its new look during the late spring and summer protests over racial injustice and police brutality, has become a significant attraction for residents and visitors. The pedestal’s changed appearance also has garnered national attention, with the New York Times naming it No. 1 on its list of protest art and National Geographic featuring it on the cover of its special issue, “2020: The year in Pictures.”