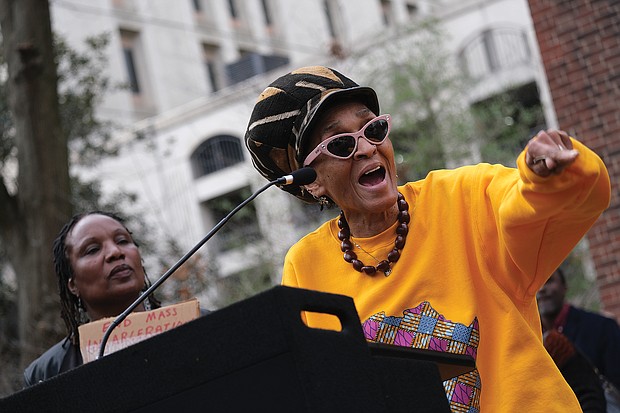 Janet “Queen Nzinga” Taylor of the Defenders for Freedom, Justice and Equality urges the crowd at last Saturday’s prison reform rally to spread awareness of the issues.