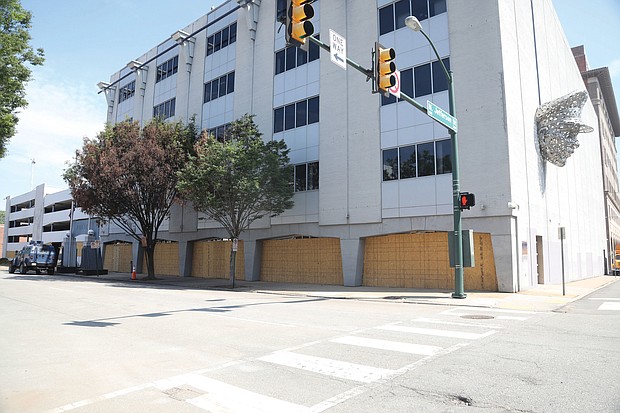 The barriers were removed last weekend, enabling westbound traffic to move past the building again. police several nights, resulting in officers firing tear gas and rubber bullets into the crowds. The concrete bar- riers were installed after the tires were slashed on dump trucks that initially were used as barriers and the front door to the headquarters building was damaged. New Police Chief Gerald M. Smith authorized the barriers to be removed after the front door was fixed and most of the trucks were removed. Before the installation, the department put high priority on protecting the building after a Minneapolis police building was torched following the police killing of George Floyd on May 25 in Minnesota. Also prompting the barriers was a rumor that protesters would attempt to ram the building with a tractor-trailer. No attempt was made.