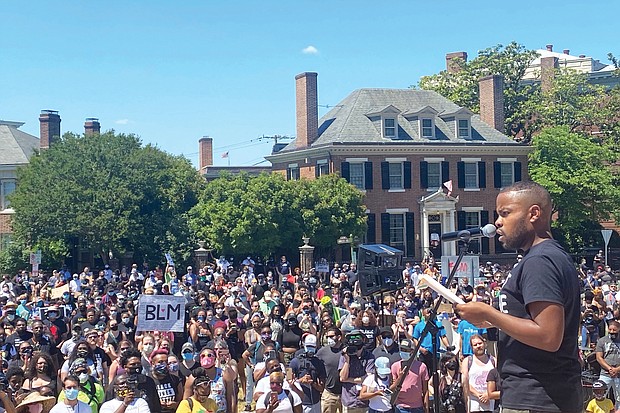 Tavares Floyd of Richmond, council liaison for City Councilwoman Ellen Robertson, speaks at the 5000 Man March last Saturday at the Lee statue about the racial inequities in Richmond and throughout the nation, as well as the “bad apples” within police departments. His cousin, George Floyd, was killed May 25 by a Minnesota police officer, who has since been charged with second degree murder and second degree manslaughter.