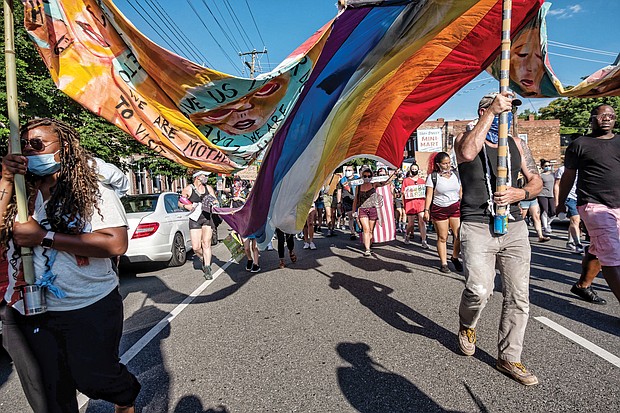 Hundreds of demonstrators march in support of Black Lives Matter and Richmond’s LGBTQ+ community on June 12, the four-year anniversary of the deadly Pulse nightclub rampage in Orlando, Fla., where 49 people were killed.

LGBT rights activists are elated by a major U.S. Supreme Court victory on job discrimination, and hope the decision will spur action against other biases faced by their community despite Trump administration efforts to slow or reverse advances.