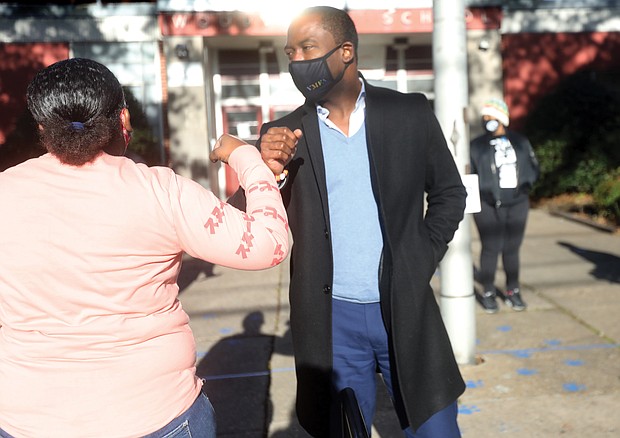 Mayor Levar M. Stoney greets a voter Tuesday as she heads to cast her ballot at Precinct 701 inside Woodville Elementary School in the East End. The mayor’s re-election campaign paid off with victory in six of the city’s nine districts, including the 7th District, where the school is located.