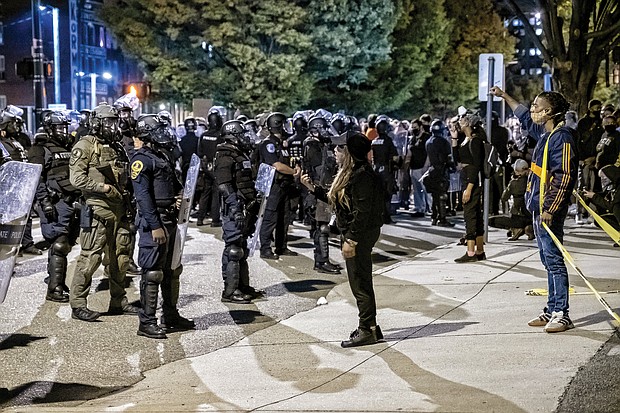 Demonstrators came out in Richmond to demand justice for Breonna Taylor, the 26-year-old emergency medical technician who was shot and killed by police during a late-night raid of her Louisville, Ky., apartment on March 13. People took to the streets in Richmond on Sept. 23, just hours after a Kentucky grand jury absolved two white police officers in her shooting death, while charging a third, former Louisville Metro Police Detective Brett Hankison, with three counts of wanton endangerment for shooting into neighboring apartments and endangering Ms.Taylor’s neighbors. No one was charged in her death.