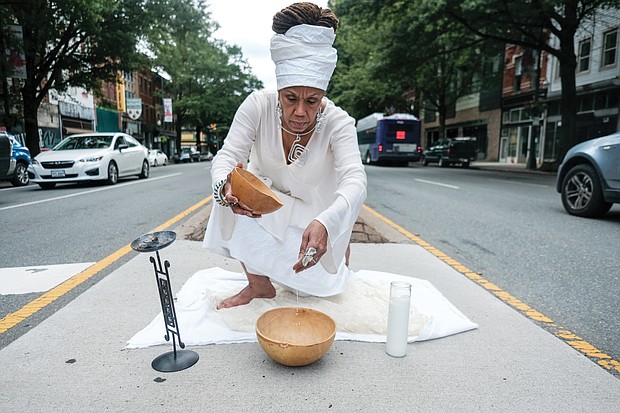 Janine Bell, president and artistic director of the Elegba Folklore Society, pours a libation honoring the ancestors at 1st and Broad streets in Downtown. The libation was part of the society’s “Juneteenth 2020: A Freedom Celebration” that was shown virtually on June 20. The crossroad was chosen to symbolize the point at which a crucial decision must be made that will have far-reaching consequences culturally, locally, regionally and nationally.