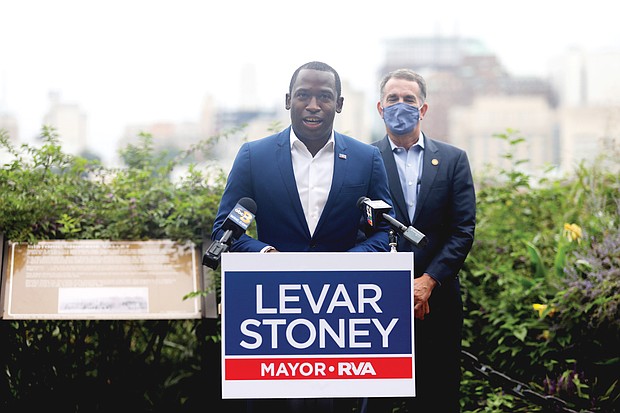 Mayor Levar M. Stoney talks about the successes of his first term in office and details his vision for Richmond’s future as he launches his bid for re-election Tuesday with the endorsement of Gov. Ralph S. Northam. Location: City overlook at East Grace Street in Church Hill.